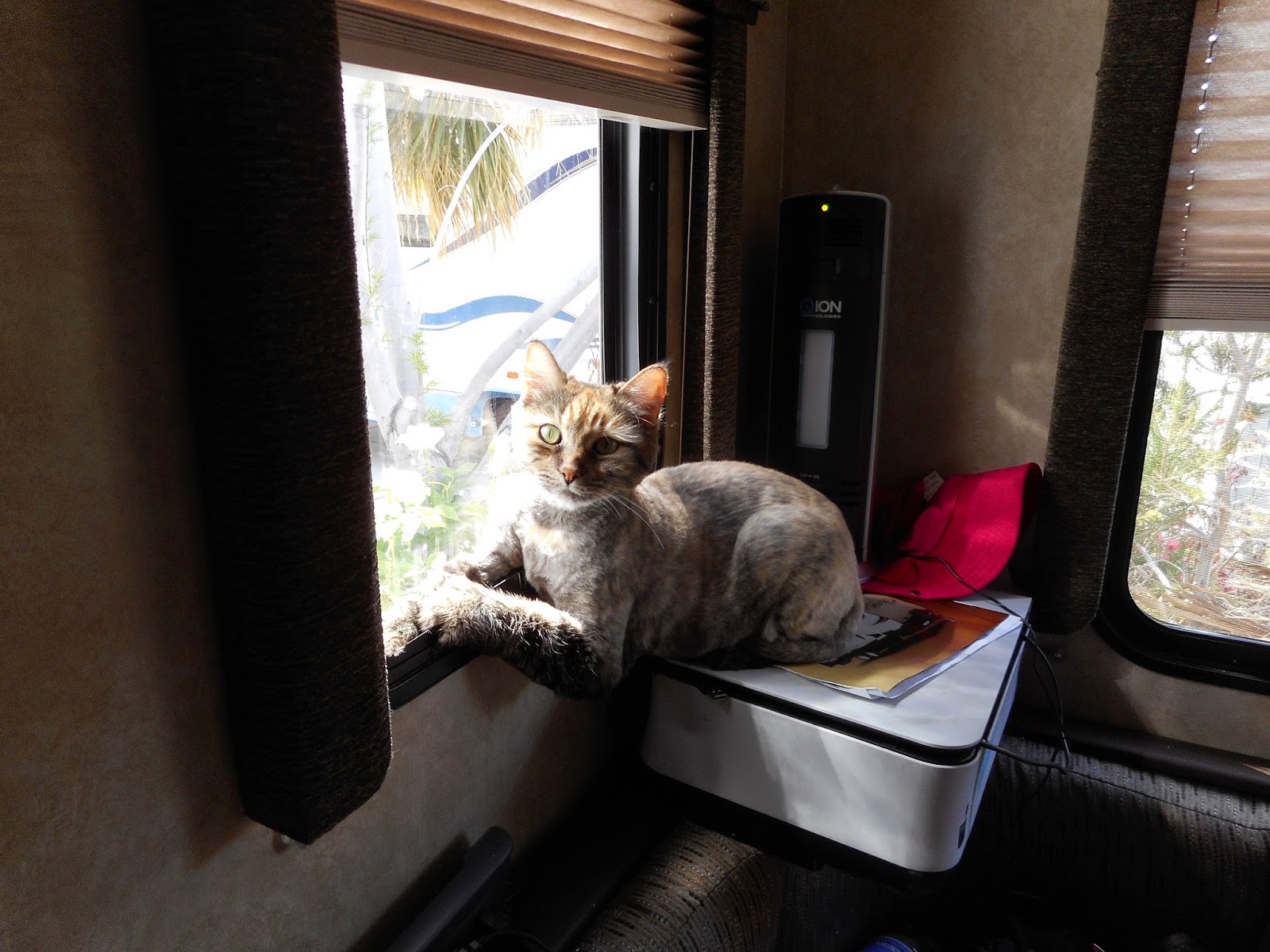 Every full-timer seems to become an acolyte for the lifestyle.  I never realized how many people live in their RVs!  And not just retired people.  There's a whole community in this RV park who live here in their RVs year round and work in Pahrump.

A nice woman saw me and my handicapped mother bowling and saw how friendly and jokey we were to each other.  She came right up and asked if we were bowling again today.  We got into a conversation about full-timing.

"I love it here!" she said, "You have everything you need!"


It's so true.  I always lived in apartments when I was young because we were living very much below the poverty line (even lived in a car for one desolate year).  I didn't like apartments because you always had to deal with the noise and vermin from all the people around you.  We had a serious roach infestation at this one apartment I lived in while I was in high school.  It didn't matter how much we cleaned because they would just come from the less clean apartments above, below, and all around us.  I had roaches in my bed at night!  It was traumatic.

I always dreamed of having a self-contained home, not attached to any other person's home.


But being poor that dream always felt out of reach.  When I looked at housing prices and the costs of mortgages (living in New England) the prices were so staggering to me.  Even when I got out of college and was making $30k/year, I was like:  How can anyone afford a house!

I looked into trailers, but all real estate was at a premium in my area.  The only 'affordable' solution was apartments.  I thought:  There's got to be some way to live in a dwelling not attached to another!  I looked into tiny cabins, but everything was just too expensive.

When I got to the West Coast, specifically Las Vegas and Pahrump, home prices were in my reach.  First I started out with a mobile home in Las Vegas.  I thought I'd hit the jackpot!  A REALLY NICE self-contained home for a lot rent of $475/mo!  Who could dream of a rent that cheap!  And for a three bedroom, two bath, 1200sq foot awesome house!

Then I moved to Pahrump and did one even better.

Except I was more isolated than I'd ever been.  In Vegas we had a great church and strong connections with all our neighbors.  In the Mobile Home park you could touch your neighbor's house by reaching out your window.  This would have sucked if I didn't have such great neighbors.  We were constantly having potlucks and helping each other out.  Loaning stuff.  Sitting and chatting.  My neighbor Almeda had her husband die and literally didn't have anyone to help her go through it.  I drove her to California for her husband's military funeral and helped her get her social security.  I felt like my neighbors were there for me too.  It was nice.

So why did I leave?


Well, I still wanted to own a home and housing prices had dropped so drastically it seemed crazy to miss my chance to get one for cheap.  Plus, I had a dream of doing homesteading.  I wanted to raise my own food, have chickens and goats, and live off the grid.

The house in Pahrump seemed perfect for this, but I ended up failing and giving up.  The year that I tried to make a real go of it, with 12 irrigated raised beds, was when all the bees died.  I mean, we had swarms all around us one day, and then suddenly nothing.  Months went by without seeing a single bee.  All my squash and apple blossoms wilted and died without ever getting pollinated.  I didn't know how to self-pollinate at the time.

At the end of the season I didn't have a single cucumber, tomato, squash--NOTHING.  x_x  I was so depressed.  I had planned to raise chickens and grow the feed for them.  Well the corn I planted failed miserably.  I had 24 broiler chickens and after buying feed at the store I found I spent more for the privilege of giving them gory deaths than I would have if I just bought frozen chickens.

So, I'd lost my community and failed at homesteading.  I was so depressed!  I wanted to get out of there.

One of my goals while full-time RVing is to have more interaction with other humans.


It's happening.  I had a great conversation with a woman in the hot tub who was very interested in my writing.  I gave her a copy of my ebook Ten Steps to Kindle Fiction Success so she could help her niece who wants to become a writer.  I'm finally having enjoyable interactions with friendly people.  :)  I'm not depressed any more!

I love this life!  I love our RV.  I thought things would be so inconvenient in this tiny RV, but we made it so nice.  The woman I met before was right.  You have everything you need.  And I'm free to go where ever we want.  The future has such great potential!  And it never has to end.

What a glorious decision!

Posted by Cheap Meals for the Big Eater at 10:30 AM