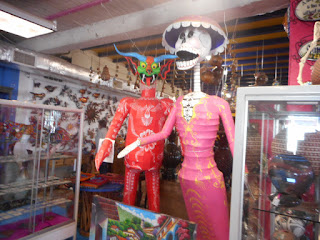 We're on the Mexican border right now so we dipped south to Palomas Mexico.  This was a much more pleasant side of Mexico than Algodones and San Jose where we've been before. 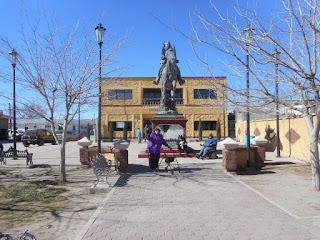 Palomas is on the border of the sleepy tiny New Mexican town of Columbus.  Not many people cross here, which means it's easy in and easy out.  You have a free parking lot to park to walk in.  There was no line mid-day when we headed back, and apparently there rarely is. 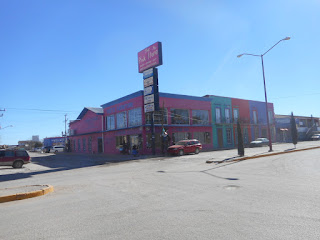 In Algodones the street were congested with vendors, beggars, and wandering peddlers.  In Palomas you can walk around without being bothered too much.  It looked like a really nice place--a place I might be happy to live in. 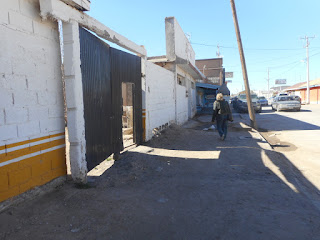 We browsed the 'Pink Store' which is huge and gave us free Margaritas just for stopping in.  Then we went to a little cafe for lunch and had some mariachis come in to sing La Cucaracha.  @-@ 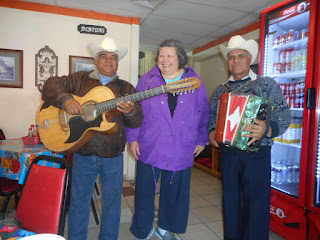 After that we checked out a furniture store with lots of great deals.  The prices were in pesos which you can estimate by moving over a decimal point.  100 pesos = $1.  Not really, but close enough.  Lunch was 290 pesos but only cost us $20 American.  They take US money no problem, like many border towns.

I want to thank Shirley from the intentional community for being such a doll and taking us around.  ;o;  It would have been a wasted trip without her.
Posted by Cheap Meals for the Big Eater at 1:09 PM