Pioche has been a treat for us because we've genuinely never been up this way before.  Pioche is on the way to no where and I can't think of a reason for anyone to want to come up this way unless it's to actually visit Pioche.  (Or you're a Mormon missionary on the way to Elko).

Why should you, the full-time RVer, visit Pioche?  Well, there's a free RV park across the street from the public pool on 4th and Hollywood that gives water, sewer, trash, and shade.  And while you're enjoying that free RV spot there's lots of touristy stuff to do/see in the small town.

On the one hand you can claim it's like Tonopah because there's derelict buildings from the 1860s here and there. 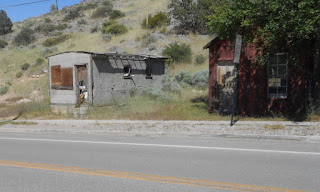 On the other hand, it's not like Tonopah at all because it's a very nice well-maintained town that feels safe and quaint.  There's not too many eyesores.

As you head up Main Street you see the old Opera House, the old Gem Theater, and the Overland Hotel.  The Overland Hotel has a casino in it and is a tourist destination in and of itself because it's haunted and was featured on the show 'Ghost Adventurers' in 2014.

We didn't know this was the same Overland hotel we saw on that show until we read the flyer after we left.  It wasn't haunted in the casino.  @-@  My mom won $20. 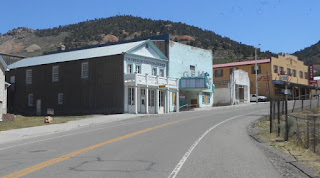 Continuing up Main street (um...that's pretty much the only street with stuff on it) you get to this cafe which is inside one of the original 1860s buildings. 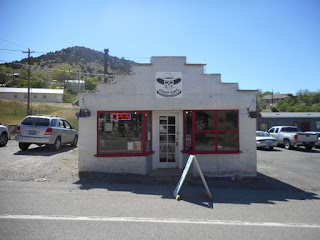 We had some hotdogs there today.  Here's what the inside looks like: 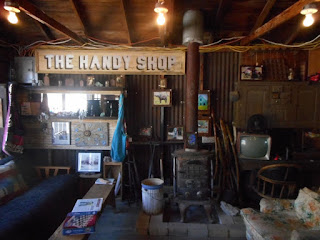 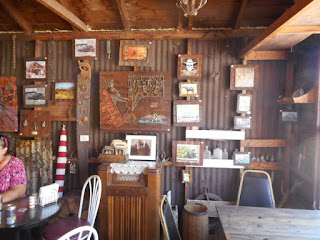 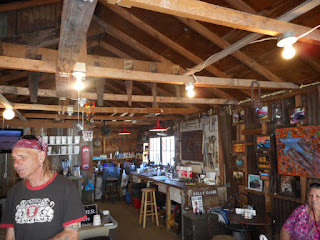 There's a lot of stuff from the 1860s in Pioche because that's when a Paiute Indian showed a Mormon Missionary where a silver mine was in exchange for food and clothes.  The silver mines turned out to be some of the biggest deposits in Nevada.  During the mining boom it was a town of 10,000 people.

There's lots of buildings left from the mining days.  That stone staircase is from the 1860s too. 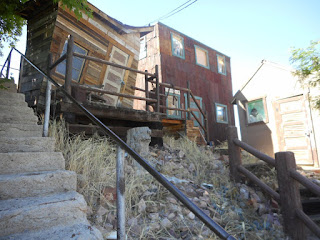 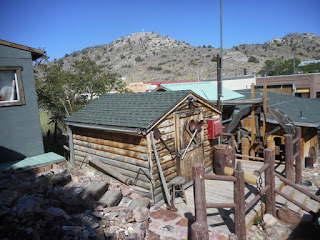 Mining continued into the 1900s for lead and zinc.  That's when they put in tramways move ore cars.  They're still hanging all over the town. 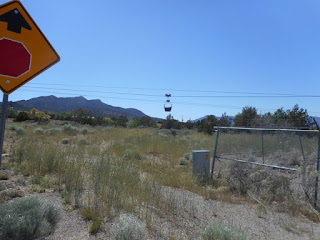 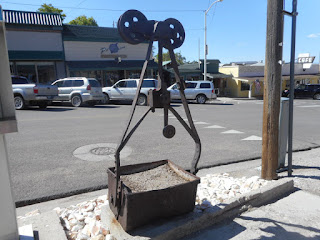 Main Street continues on, with cute touristy shops and stuff.  There were a few other tourists milling around.  A younger couple and an older couple.  So, it's not a crowded tourist destination by any means, but it does draw a smattering of people. 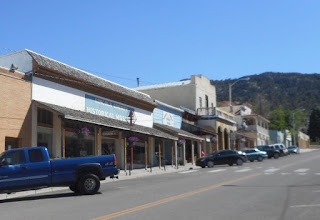 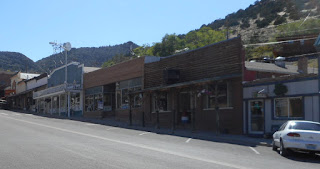 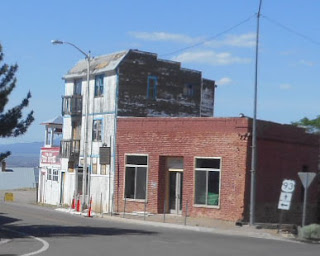 Living here all the time would be rough.  The closest grocery store is 12 miles away, and it's a market, not a super market.  I have no idea where people buy clothes or shoes here.  Thank God for the Internet and online ordering.  If you can't drive the only place to buy groceries is at a tiny gas station store that provides all the necessities.  It even had some expensive meats in a cooler. 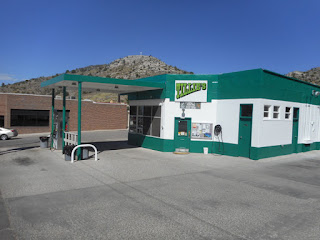 Behind said store is a mountain with a cross on it that my mom insisted I include a picture of.  Enjoy? 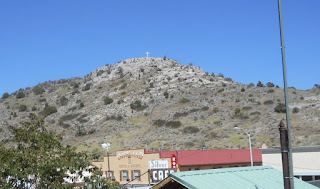 Oh, and below us is a yoke for oxen.  It was in the shop of the Overland hotel.  I think I took the picture because I thought it was a wagon tongue and was thinking, 'Hurr hurr, Oregon Trail.'  But I think it's actually a yoke.  So...the yoke was on me. 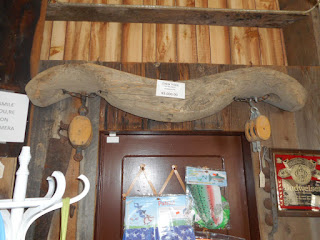 There's a bunch of cemeteries in Pioche.  A catholic one, a masonic one, and an old west one.  Here's the one from the 1860s.  Boothill Cemetery. 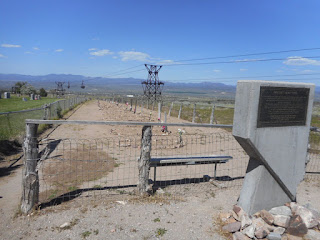 Here's one of the graves. 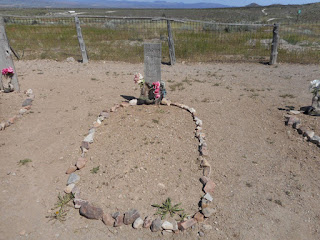