So it's Wednesday, and guess what?  We still don't have our follow car.  It was pushed to Friday.

It seems to me that if your employee destroys someones engine you should be contrite about it.  Put the damn engine in and let us continue on our way.  Don't dick us around for two weeks.  It's human nature to give as little as possible no matter what the circumstances, but I hate it.  I never treat people this way.  I think we should have stayed at the expensive campground, because it would have made them hurry up because they didn't want to pay for the camping fees.  Instead I was nice and got taken advantage of.

Still, Camp Lutherwood was a wonderful experience.  It was beautiful.  There were friendly deer who weren't scared of people.  Ground squirrels and chipmunks all over the place for our cats to stare at.  The camp host was super sweet and helped me on the camping fees.  It was a nice place with nice people.  A bright point in an otherwise repugnant situation.

We left today because the heat wave is over and we have good boondocks around here.  We couldn't have stayed even if we wanted to because the campground is cash only and we ran out of cash.  But that's okay.  We were only there for the heatwave and it's back in the 80s now.

As you know, we desperately need groceries and cat litter.  We didn't want to go back through the Dixie National Forest where we'd be climbing to 10,500 feet and then go shooting down the mountain all the way to Cedar City.  This is what caused our troubles in the first place, when the brakes caught on fire.  Yes, I've learned to down shift, but I still don't like going down such a steep decline in the RV.

We planned to go back to Parowan Gap to the sheep boondock near the petroglyph site.  There was another route there north that would let us avoid the Dixie National Forest.  It would take us through the town of Panguich, which had a grocery store.

So we shimmied the RV into the parking lot of this medium sized market and restored our provisions.  We got enough to get us by for a week, since a lot of stuff was really expensive.  And we got two big tubs of cat litter.  Scrappy is glad that she no longer has to balance on the rim of the litter box to go.

It's really cloudy and parts of the road toward Parowan had puddles.  Not good.  It's 2 miles down a dirt road to get to our boondock, and the boondock itself is in the grass.  Mud + RV = Disaster.

So the plan was to boondock in the petrogylph parking lot, even if we had to take up half the spaces.  We're only going to be here two days, right? 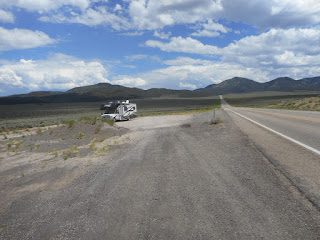 I saw a 'Your Public Lands' sign on the way.  I figured if I could find another boondock before we got there that we should just take it.

And that's what we did.  It's another 'by the side of the highway' boondock like when we were in Pahrump, but it will do for a few days.  It's level.  There's thickly poured stones to prevent us from getting stuck in the mud.  And it's deep enough for us to be a good 30 feet from the road. 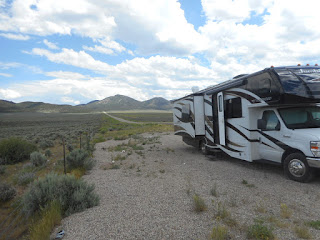 I'm not 100% sure this is legal boondock.  The public lands sign was 8 miles before this, but we'll give it a try.

We have satellite for the TV and two bars on the Verizon hotspot with our booster.  We're stocked on provisions, have empty waste tanks, have half a tank of propane, and a full tank of water.  We have all we need for the next four days if need be.  The views, as usual, are gorgeous, which my pictures will prove woefully inefficient to show you. 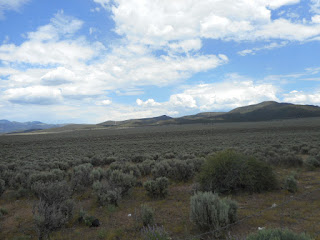 There's a near constant noise of cars driving by...but that's never bothered me.  (Except when numbnuts honk at us...I srsly don't even...)   I don't know why the sound cars driving by bother a lot of people (including my mother).  I think it's just background noise.  Like ocean waves or something.

What does put me on edge is people pulling over to join us...which has happened twice three times already.  Once again, people can see the camper from far away in both directions.  That lets them know there's a turn-off and gives them enough notice to slow down for it.  So far a couple with three kids pulled over to let their kids play here for a while, and two big rigs truck pulled over for a few  minutes.  I'm expecting more of this.  Whatever.  Hopefully there's no creepy people who will want to harass us. 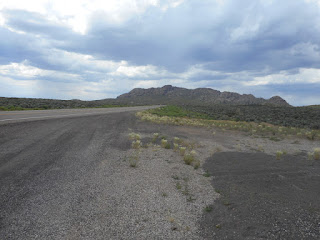 And so, the adventure continues.  I hope the next time I post I will be telling you that we got the SUV back and it's driving fine.  I just hope they don't end up screwing it up somehow.  We really love that car.

This is my latest ebook if you keep up with my writing.  I had to put out another one fast due to the failure of the last one.  It's the usual smutty stuff I write. 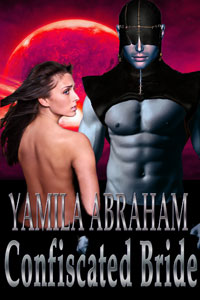 https://www.amazon.com/Confiscated-Bride-BBW-SciFi-Romance-ebook/dp/B01HLO4FRQ
Posted by Cheap Meals for the Big Eater at 2:45 PM