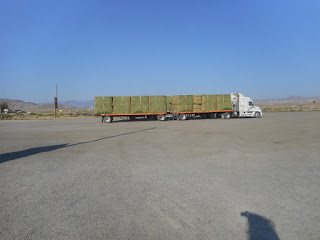 We had to stop for gas at any place that had it as we continued on our way down Highway 50.  I really wish we'd limped a little further, because the gas at Middlegate was $3.29.  Ugh.  Most places right now are $2.50 or lower.

Middlegate Nevada is a stop, not a town, and it's just a store, RV park, bar, and gas station. 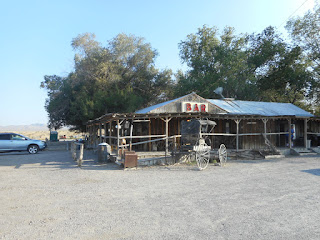 I had investigated staying at the RV park but a Google review said they sent people away because they indicated they voted for Obama.  These were bicyclists who needed water and a place for tent camping.  I couldn't think of any reason why someone would make that up.

Garmin said there was gas here, but all I could see were two pumps that looked like decorative antiques.  I pulled up to the one that said 'No Lead' all the same. 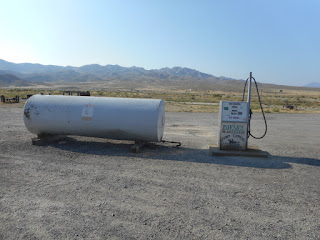 The people cussing and chewing the shit on the stoop of the store confirmed it was a working pump.  It was an analog pump.  I haven't seen one of these since I was 16 years old.  The worker said to pump and then tell the owner inside how much it said on the dial and pay for it.  Before I knew it I'd bought $90 worth of gas for the RV.  It pumped faster than I could stop it. 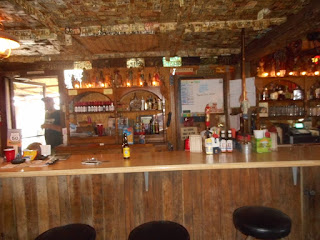 I went in to pay and prepayed for $20 worth of gas for the SUV.  My mom had pulled up behind me since we were both dry.  The older gentleman at the bar was friendly as he accepted payment.  He asked where I was from.  I told him I traveled around in the RV and didn't really live anywhere. 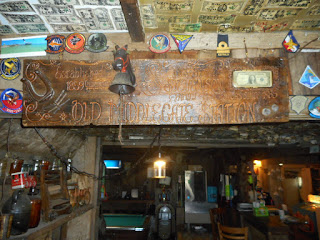 I parked the RV in some shade and filled the SUV tank while my mom went in to use the bathroom.  Then I parked the SUV and went in myself. 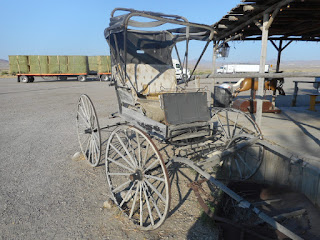 So far everything was fine.  I thought the building very interesting and took lots of pictures of all the old stuff as you can see.  Then I went into the ladies bathroom.  This news article was framed on the wall. 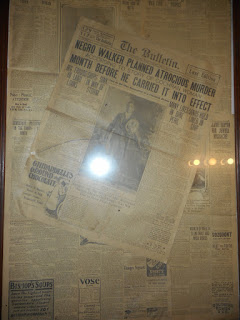 Old news articles are fun to read.  I would have loved to read the one behind the top one.  But the top one made me pause.  Why would anyone pick such an incendiary article in our day and age?  It's just going to make people uncomfortable.  I mean, if it was in a museum with some historical context I would consider it appropriate, but as decoration?  And it's not like they needed another article.  They had one.  They put this one on top of it.  Why? 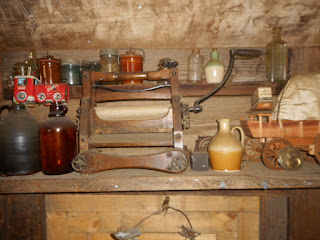 My mother was being her normal friendly self, making chit-chat, smiling and talking.  She has a personality that disarms people and makes it hard for them not to like her.  But she does speak with an accent.  There's no denying she's not Caucasian once she starts talking.

Anyway, as we're walking back to the vehicles she said the place gave her the creeps.

And then we got back to the cars and saw what had been done.  Someone had folded in the mirrors of the SUV.  Like, flipped them in the way you would before going through a car wash.  My stomach dropped and I got a sick feeling.  The article in the bathroom, the Google review, and the fact that her car had been messed with--well, draw your own conclusions.

I thought the people had been nice and had no reason to suspect anything malevolent--but here it was.  It had to be one of the patrons, because the owner never left the building, and neither did the woman who also seemed to work there.  Still...

We got the hell out of there. 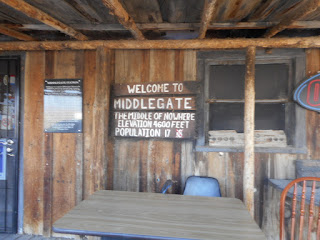 Posted by Cheap Meals for the Big Eater at 11:45 AM